Aviva Drescher is New York’s favorite member of the Bravo’s hit series “The Real Housewives of New York City.” As the only born and raised New Yorker in the show’s history, this 5’10" stunner is elegant, intelligent and educated while providing a great home for her four children on the Upper East Side.

When Aviva was six years-old, she was in a farm accident when her left foot got severely hurt at a friend’s upstate New York dairy farm. A few months later her leg was amputated as a result of that accident. Aviva has never let this tragedy define who she is.

Aviva has a solid education. She attended New York’s The Fieldston School as a child and went on to earn a Bachelors of Arts degree from Vassar College, a Masters in French Literature from New York University and a Juris Doctorate from The Benjamin N. Cardozo School of Law.

At a chance meeting at Bed Bath & Beyond Aviva, a single mother at the time, met Investment Banker Reid Drescher as their young children played together in the aisles. It was only a matter of time before the two got married and grew their family together. The Dreschers now have the quintessential contemporary modern family with four children – Harrison, 13, Veronica, 12, Hudson, 7, and Sienna, 4.

Aviva is also passionate about working with different philanthropies. Whether it is her role as the National Spokesperson for One Step Ahead, an organization for amputees, or her work with Cancer Schmancer/Trash Cancer, Aviva continually teaches her family the importance of giving back. 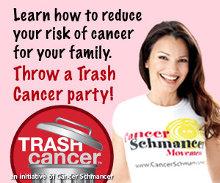